«  Stopped by a policeman for exceeding the speed limit, Moshe Dayan says with a wry smile: “I have only one eye. What do you want me to watch: the speedometer or the road?” »

I used to be a good driver

A good driver is an attentive driver. A driver who is watching out, at all times. And I used to be one of those good drivers. My cornerstone principle was 360°×100%: watch the road, monitor the situation around my car every second, anticipate bad surprises and leave enough room for correcting my own and others’ mistakes. I was always adjusting my speed according to the real-time circumstances, not theoretical prescriptions invented by a bureaucrat in an office.

My first ±18 years of driving in the 360°×100% mode proved efficient and safe. I never looked at my speedometer during these 18 years, I was watching the road instead. I could be probably driving 32 km/h instead of the allowed 50 in a street of Namur if I deemed 32 the adequate speed. I could be probably driving 134 km/h instead of the allowed 120 when I was alone on the illuminated motorway in the middle of the Ardennes — maybe yes, maybe no, I don’t know. I never ever diverted my attention away from the road. As a result, during these 18 years of road-focused driving I have never had any radar flash, any fine, any warning, any problem in any country on any type of road — it means that my speed was always adequate, just naturally.

And then came the speed limit religion 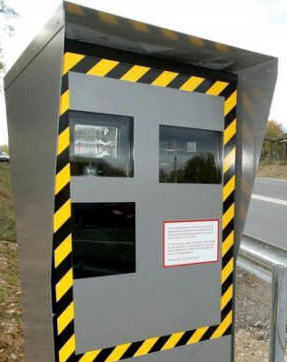 “50. 80. Radar. 60. 50. Radar. 60. 50. Radar. 40. Radar. 50. Radar. 60. Who set this limit here and why? No rational explanation. 50-60-50-60-50-60: the road conditions under 50 and under 60 are identical, but who would listen to you? Why do they alternate the limits every 100m without a reason? 50. An informative radar displays my speed of 38 with a green smiling emoticon: that’s maybe the only useful thing. 80. 50. 80. 50: it’s officially a “built-up area” in the Land Register of the canton, so we drive 50 even if there are no houses and not a living soul in this middle-of-nowhere. 80 again. And this is my all-times favourite: it’s formally 80, but even if I drive 60 here I’m dead, because the turn is very steep. How do you know that? — No way: the limits mostly reflect the administrative status of the zone, and very rarely they provide information that’s crucial for my security. Then again: 60. 80. 60. A pit? a cyclist that unexpectedly pops up? a car in front of me that suddenly brakes? a boy running to the road after his ball? — everything is possible, and I want to anticipate this, but my attention is focused on my dashboard: “dura lex sed lex”. M 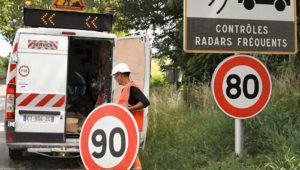 And they call THIS ☝︎ “secura”.

André
This is André Kobzar's Blog.